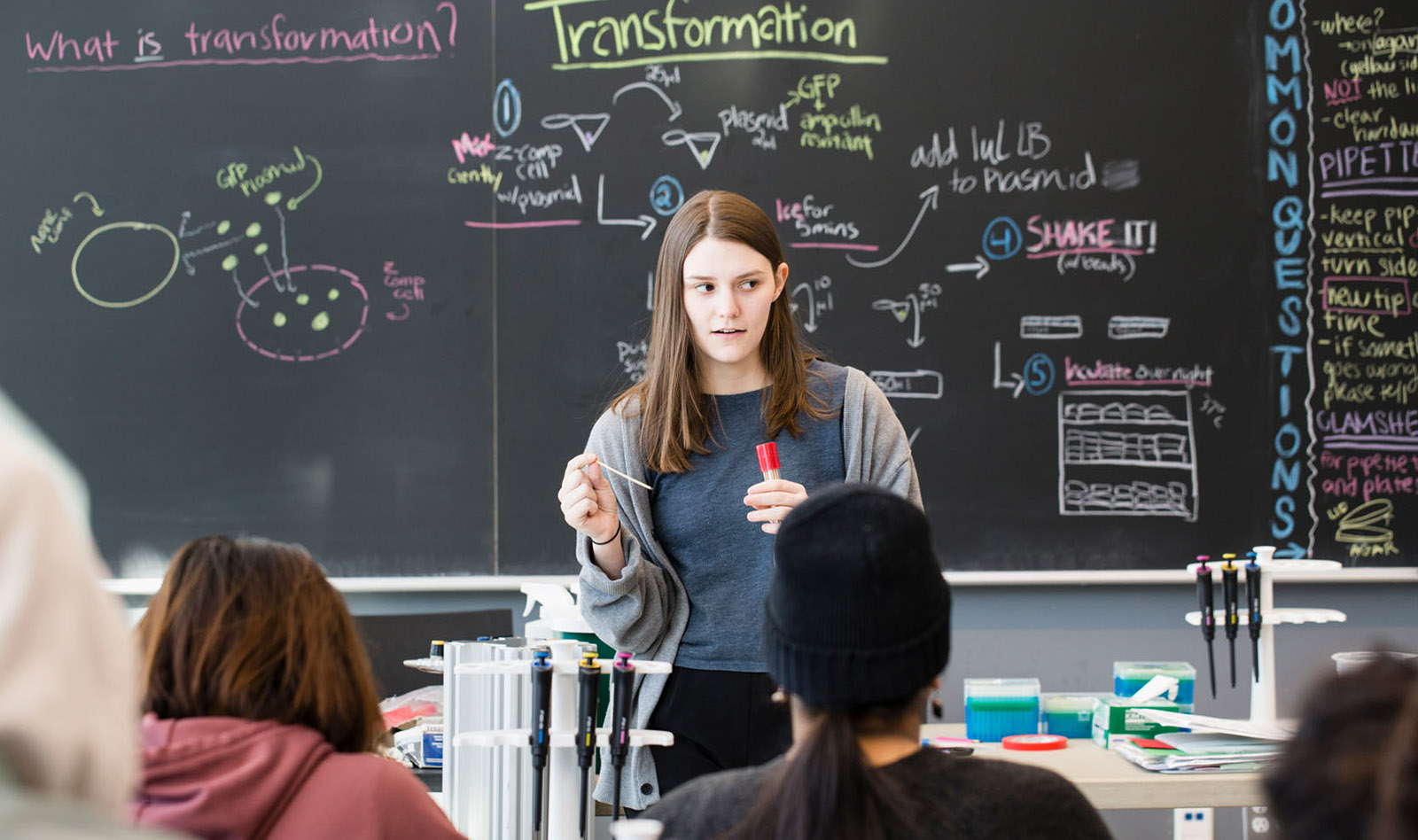 Citizen Science provides students with opportunities to develop personal science literacy through hands-on, real-world coursework and projects.
Students attending the Citizen Science program can participate in projects throughout the January term that promote such critical civic skills as active listening, collaboration, leadership, creative problem solving, ethical decision making, and information literacy. The annual Martin Luther King Jr. Day of Engagement, in which students volunteer at dozens of sites across the Hudson Valley, is a mainstay of the Citizen Science engagement program. 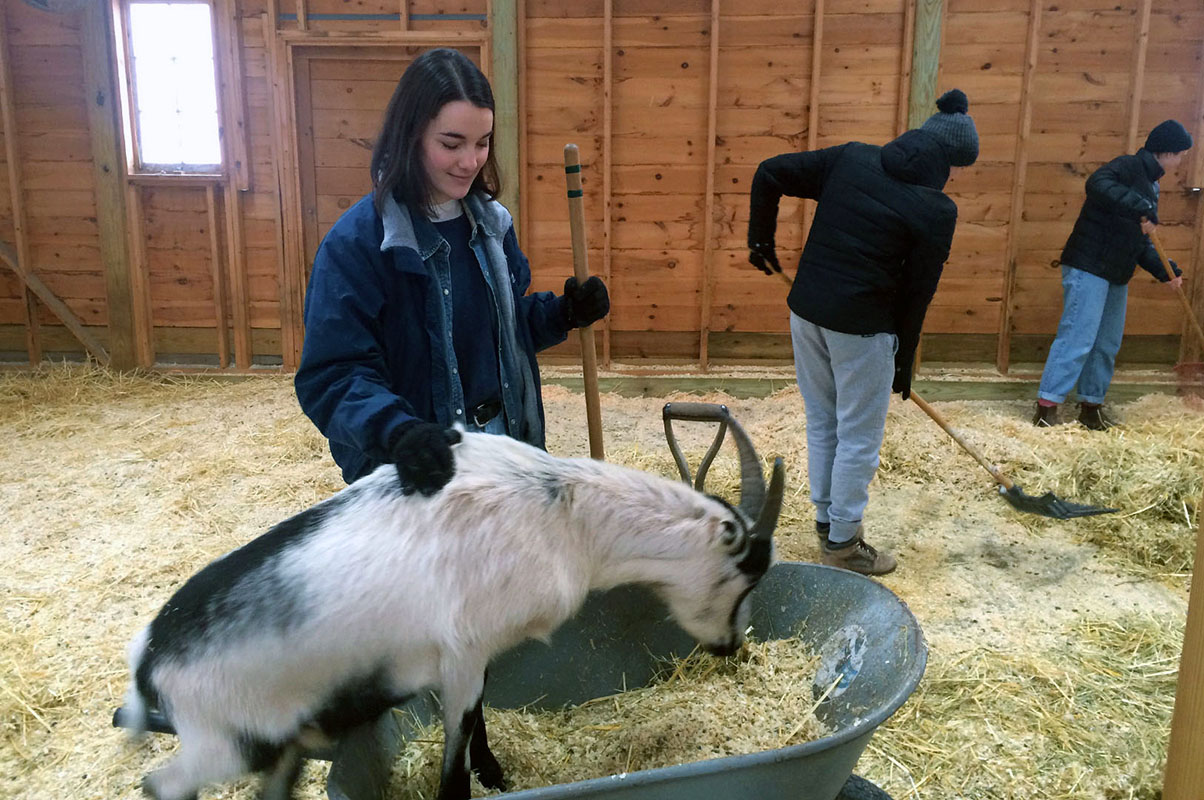 Citizen Science students volunteer at the Woodstock Animal Sanctuary during the MLK Day of Engagement. Photo by Vikramaditya Joshi.

Citizen Science Engagement by the Numbers 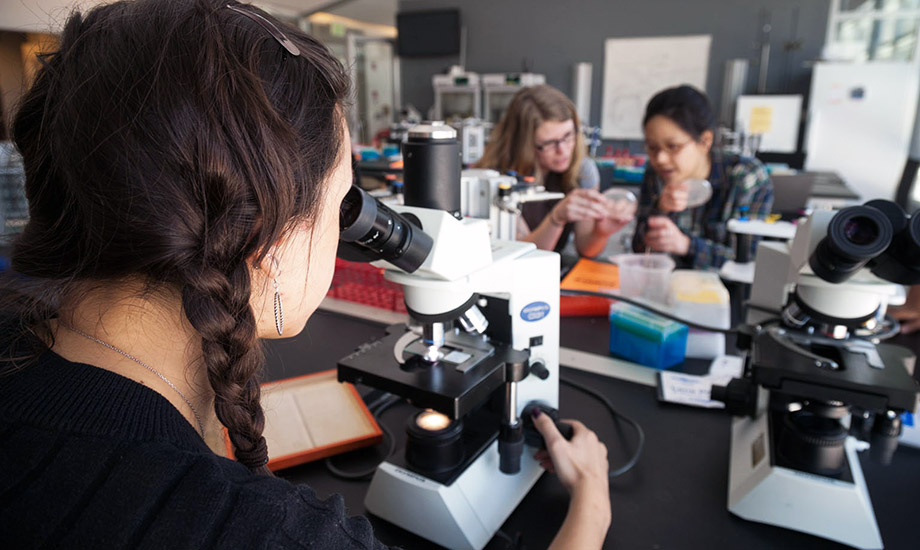 Through two weeks of intensive study during January intersession, students develop a core understanding of both the conduct and the content of science. This foundation allows them as citizens to grapple with the ever-increasing number of national and global issues influenced by science. We ask: What does it mean to be scientifically literate? What is the role of citizens when it comes to weighing in on important scientific issues? How can citizens find the scientific information they need in order to respond to the scientific issues of their day? 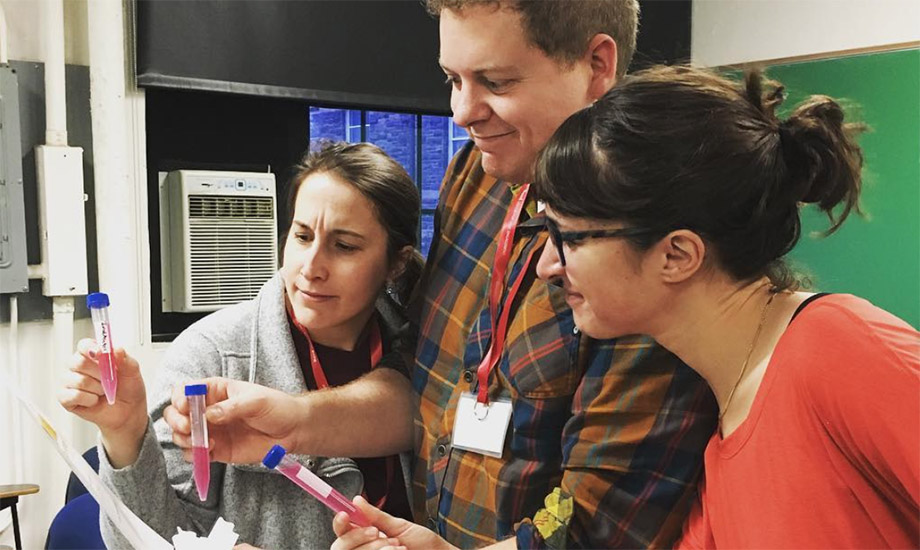 The Citizen Science Engagement Fellows program is a collaborative academic–student affairs initiative focused on identifying and organizing a civic engagement cocurricular experience for first-years during their January term. Instrumental in designing opportunities to explore concepts of community service, civic engagement, and science education, Engagement Fellows can explore their own ideas about engagement in the community. 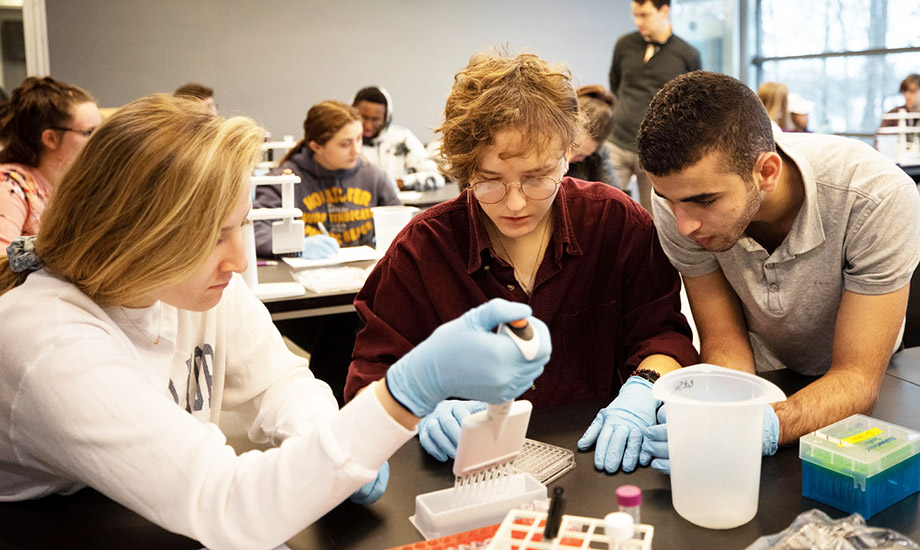 Inspired by stories from places like Flint, Michigan, and Hoosick Falls, New York, Citizen Science tackles urgent, present-day questions related to water. Students explore the properties of water, as well as how these properties influence the contamination (and decontamination) of drinking water. They also consider the extent to which problems of contamination are not purely scientific in nature: Where and how does politics enter the picture? In what ways are social, historical, and political factors at work even when we think we’re engaged in “objective” science?

The program consists of a common core of coursework and one of four lab strands, described below. Students are assigned to a strand during the fall semester based on interest.

In this strand, students work with Engagement Fellows from the Center for Civic Engagement to lead hands-on science activities with local middle school students. In the lab, students in this strand will engage in research of their own and develop classroom activities for young learners. This strand is ideal for students who are interested in education, and for those who would like to gain experience doing hands-on work within the local community.

Students in this strand conduct original research on the prevalence of environmental estrogens in local waterways. Estrogen compounds can enter the water system as a result of industrial and agricultural uses, and also as a result of the use of synthetic hormones to modulate human reproductive cycles. These compounds have been shown to have potential negative effects on wildlife and human health. Whether they are found in local water, and if so, at what concentrations, is not currently known. This strand is ideal for students who are interested in conducting original research, and for those interested in how scientific research can inform local communities.

In this strand, students translate important scientific discoveries to make them accessible to the public. The focus is on interpreting, synthesizing, and writing about results from potentially contradictory studies to provide the best information for people to make timely decisions. For example, does hydraulic fracturing (aka fracking) pose risks for human health? Does the widely used herbicide atrazine (produced by Monsanto) cause deformities in wildlife? This strand is a good choice for students who want to embrace the challenge of distilling scientific information for the public in clearly written prose.

Students in this strand conduct original scientific research on a group of aquatic bacteria that are found in waterways around the world. These bacteria produce a purple pigment, violacein, that has remarkable chemical properties. Most practically, the pigment has been shown to kill a fungal pathogen that is decimating global amphibian populations. This strand is ideal for students who have done some scientific research before and are eager to do more. It’s also a great entry point for students who’ve never had the chance to do original hands-on research and would like to try it. 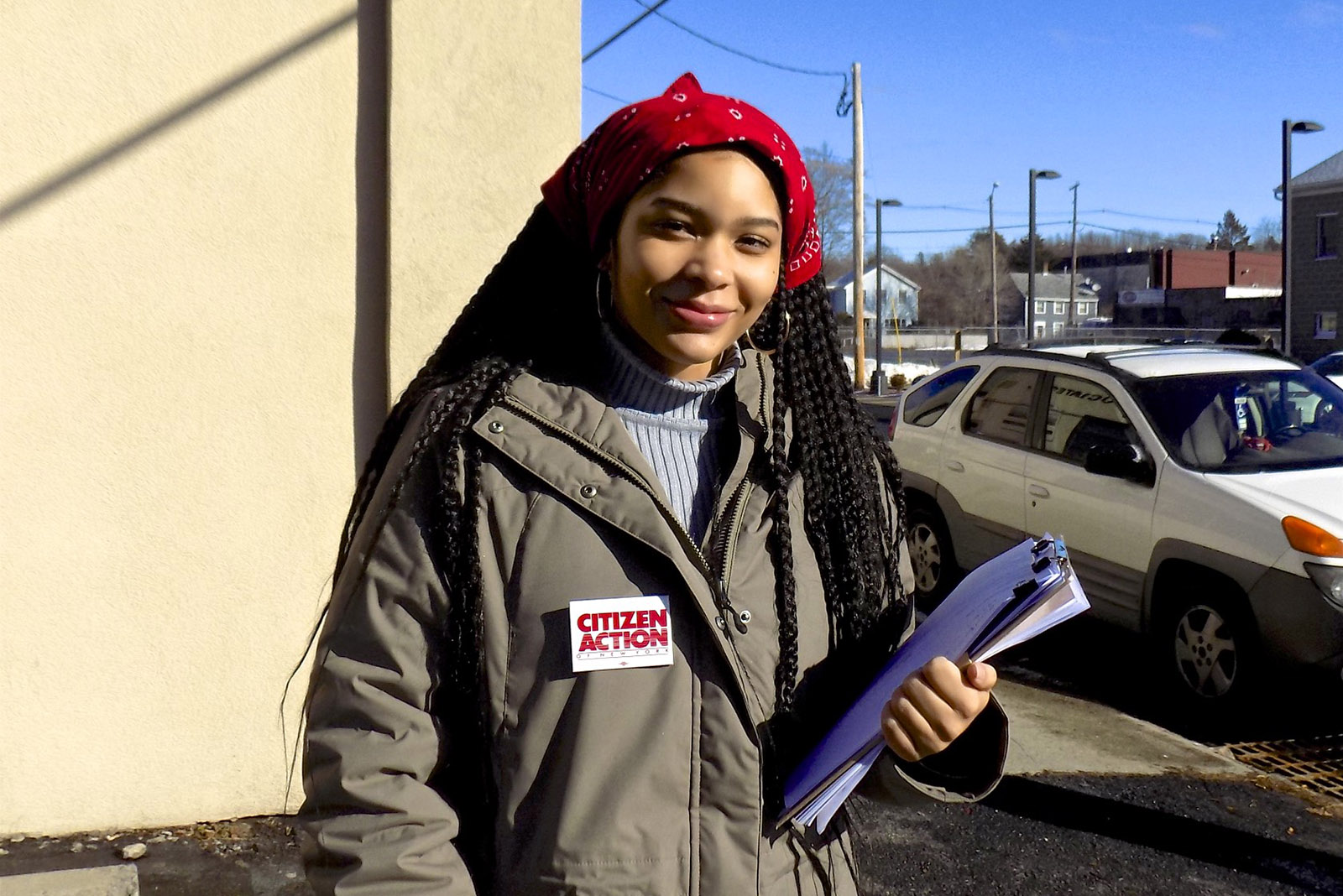 The annual MLK Day of Engagement is a mainstay of the Citizen Science Program.