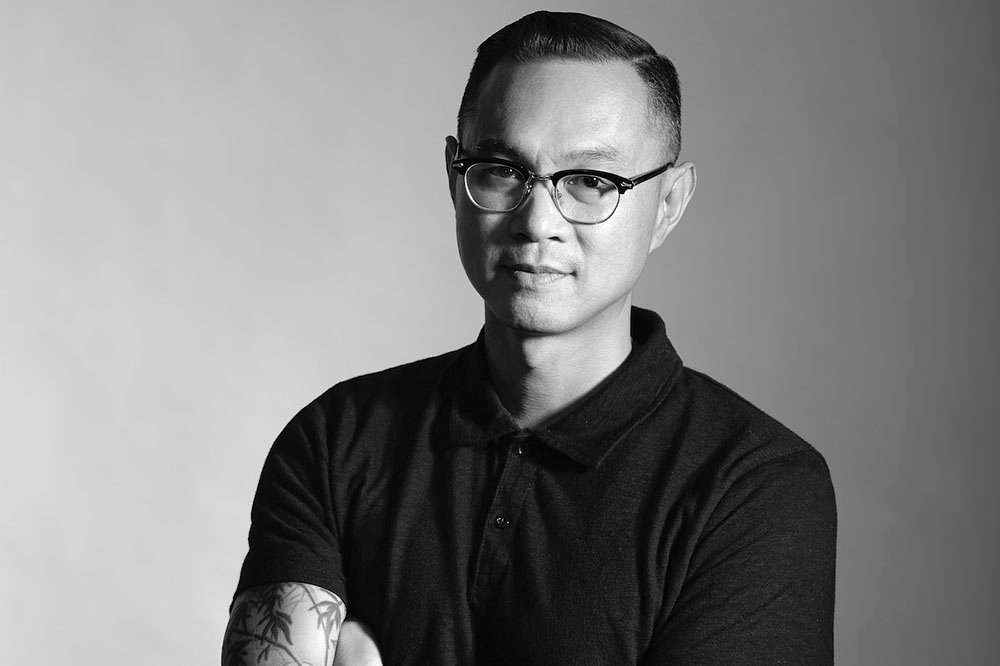 On Friday June 25, author, educator, classicist, tattooer, and Bard College alumnus Phuc Tran ’95 will give a book talk in honor of World Refugee Day. Tran’s talk is presented by Bard’s Center for Civic Engagement, the Office of the President, and Alumni/ae Affairs, along with the OSUN Hubs for Connected Learning Initiatives. This special event, which takes place at 5 p.m. EDT, will be moderated by James Romm, James H. Ottaway Jr. Professor of Classics and director of the Classical Studies Program. Join via Zoom link.

Phuc Tran ’95, who migrated with his family from Vietnam in 1975, has been a high school Latin teacher for more than 20 years while simultaneously establishing himself as a highly sought-after tattooer in the Northeast. Tran graduated from Bard College in 1995 with a BA in Classics and received the Callanan Classics Prize. He taught Latin, Greek, and Sanskrit in New York at the Collegiate School and was an instructor at Brooklyn College’s Summer Latin Institute. Most recently, he taught Latin, Greek, and German at the Waynflete School in Portland, Maine.

Tran’s 2012 TEDx talk “Grammar, Identity, and the Dark Side of the Subjunctive” was featured on NPR’s TED Radio Hour. His acclaimed memoir, SIGH, GONE: A Misfit's Memoir of Great Books, Punk Rock, and the Fight to Fit In, received the 2020 New England Book Award for Nonfiction. He tattoos and lives with his family in Portland, Maine.

Bard College has a deep and longstanding history as a sanctuary and refuge for vulnerable populations. Beginning in the mid-1930s and throughout the war years, Bard gave refuge to distinguished writers, artists, intellectuals, and scientists fleeing Nazi Europe. Since the 1980s, Bard has brought scholars at risk from Africa, Eastern Europe, and the Middle East to teach and do research in Annandale-on-Hudson, and continued its strong commitment to refugees directly through initiatives such as the Bard Sanctuary Fund, which supports undocumented students and refugees by providing scholarship, living, legal, and other necessary support while they are enrolled at Bard.

Bard’s global work to support refugees and advance human rights was strengthened profoundly in 2020 when the College cofounded the Open Society University Network (OSUN) with Central European University and support from the Open Society Foundations. Providing access to students from communities that have faced barriers and exclusion, including incarcerated people, the Roma, refugees, and other displaced groups is a central part of OSUN’s work to make higher education more inclusive and accessible worldwide. Supporting that work, OSUN was elected cochair in 2020 of the Taskforce on Third Country Education Pathways, launched by the United Nations High Commission on Refugees. The task force is charged with developing best practices for higher education pathways that respond to the needs of refugees, internally displaced individuals, and others displaced by crises across the globe.

About Bard College
Founded in 1860, Bard College is a four-year residential college of the liberal arts and sciences located 90 miles north of New York City. With the addition of the Montgomery Place estate, Bard’s campus consists of nearly 1,000 parklike acres in the Hudson River Valley. It offers bachelor of arts, bachelor of science, and bachelor of music degrees, with majors in nearly 40 academic programs; graduate degrees in 11 programs; eight early colleges; and numerous dual-degree programs nationally and internationally. Building on its 161-year history as a competitive and innovative undergraduate institution, Bard College has expanded its mission as a private institution acting in the public interest across the country and around the world to meet broader student needs and increase access to liberal arts education. The undergraduate program at our main campus in upstate New York has a reputation for scholarly excellence, a focus on the arts, and civic engagement. Bard is committed to enriching culture, public life, and democratic discourse by training tomorrow’s thought leaders. For more information about Bard College, visit bard.edu.