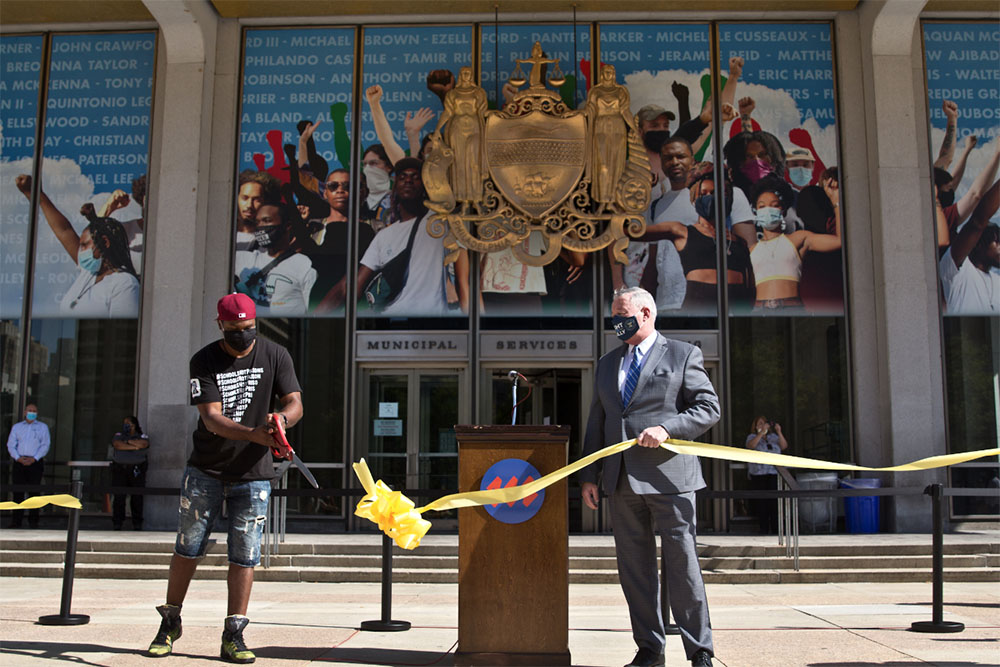 Artist Russell Craig was joined by Philadelphia Mayor Jim Kenney who held the ribbon at the dedication of Craig’s mural at the city’s Municipal Services Building. (Kimberly Paynter/WHYY)

Bard at Brooklyn Public Library microcollege student and artist Russell Craig ’22 has installed a mural honoring the Black Lives Matter movement at the entrance of the Philadelphia Municipal Services building. The mural, called Crown, is just steps from where the statue of controversial former Mayor Frank Rizzo once stood, and the site of large protests in late spring demanding the city remove the statue, which it did in June.