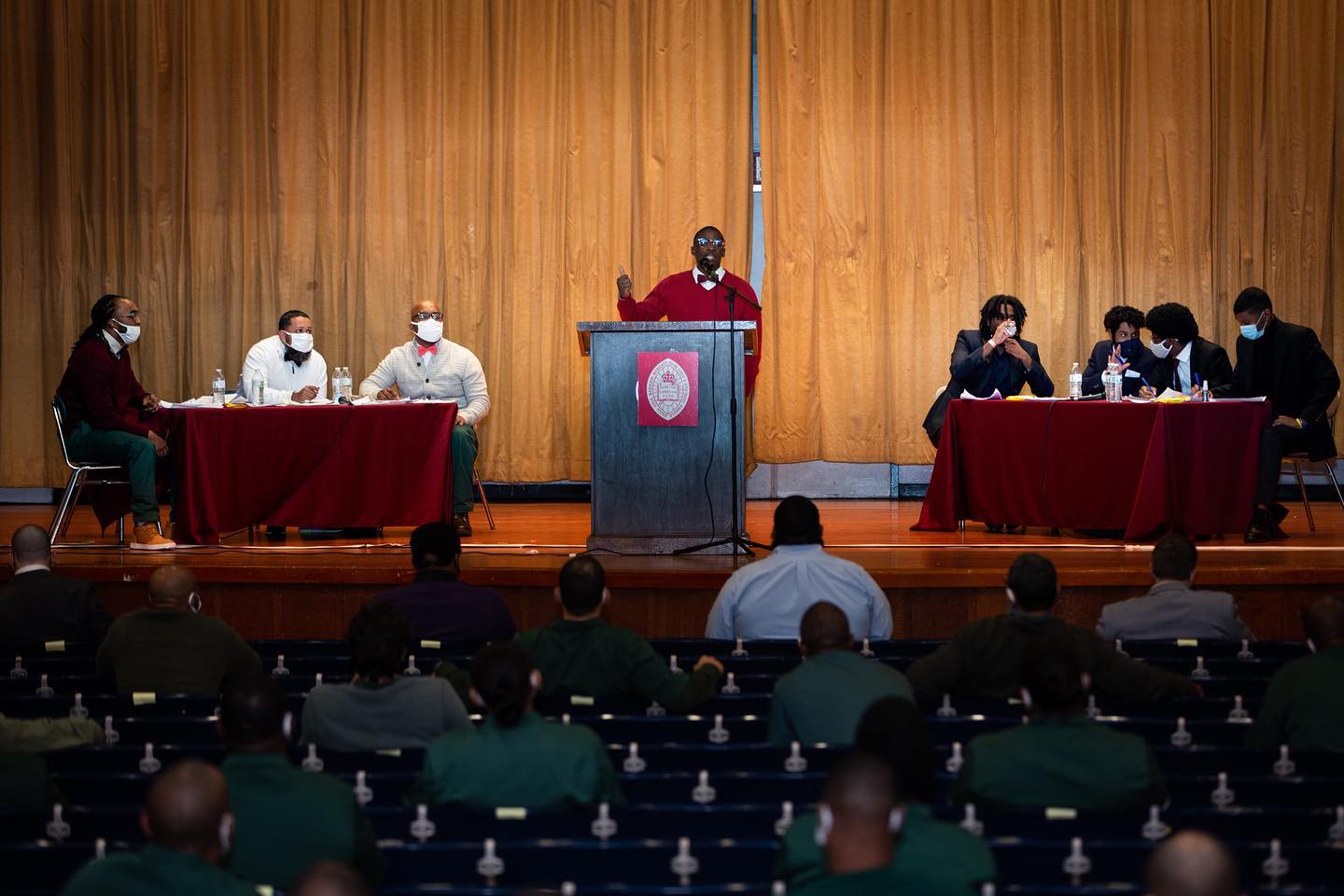 The Bard Debate Union at Eastern Correctional Facility returned to in-person debate for the first time since 2019, narrowly defeating Morehouse College on Friday, December 3. The teams debated the legacy of Malcolm X, who enrolled in college and participated in competitive debate while he was incarcerated. The debate touched on mass incarceration, contemporary systemic racism, philosophies of education, the meaning of college-in-prison, and the history of the Black freedom struggle. The topic was inspired in large part by the writing and research of Jed Tucker, longtime member of the Bard Prison Initiative faculty and leadership.

The teams were honored to be joined by author Tamara Payne who—alongside her late father, Les Payne—coauthored the Pulitzer Prize–winning Malcolm X biography The Dead Are Arising: The Life of Malcolm X. After the debate, Payne offered remarks, reflected on the historical significance of the event, and described the debate as a “very special way to honor the memory of Malcolm X.”